By SprueWhisperer - June 23, 2017
Whilst I was working on the Master of Mankind, I thought I would continue with my Custodes Tribune whilst the airbrush was out.


I wanted to make this blade stand out from the usual Custodian Spears, as the Tribune would carry a Paragon Spear and/or Valdor would carry the Apollonian Spear. So I made a red blend to make the blade appear as though it was burning hot. 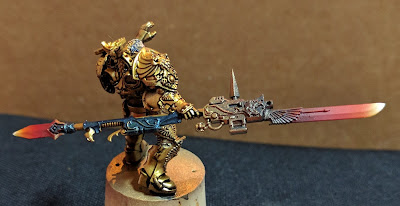 I also started working on the face, as I was batch painting faces, starting with the Emperor's face. 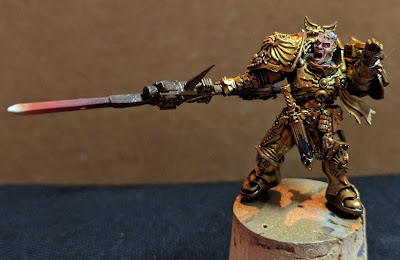