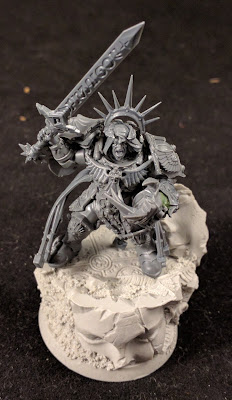 The basis of the Guilliman is truly a pretty model. Lots of detail. So what could I alter to make him look like the Emperor?
Well, I focused on the areas of the highest detail, which could be re-constructed: 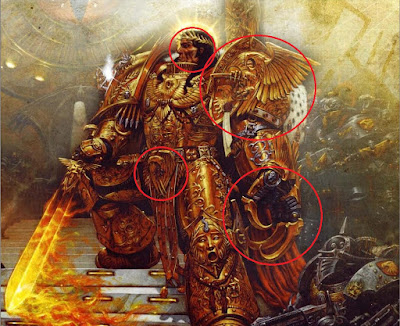 So starting with the Power Claw, I used a jewelers saw to cut the hand from the arm. This will enable me to re-position the hand into a position were it appears that the Emperor is conjuring. I then re-cast some claws from the ForgeWorld Resin Kor Phaeron miniature and attached them to the fingers. 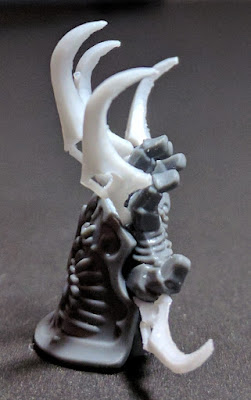 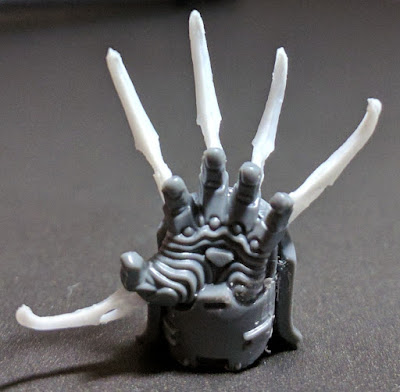 Next up I began working on  the head. For this I acquired a Conrad Kurze from an Ebay bits re-seller. Unfortunately it didn't turn out to be an original, but for the purposes of this project it worked fine. The detail was still crisp enough in the face and hair. I really should have known, given the rock bottom price, but you live and you learn.
The neck had to be bulked out with Plastruct piping. The Halo was cut from the original backpack detail and reattached to the neck. 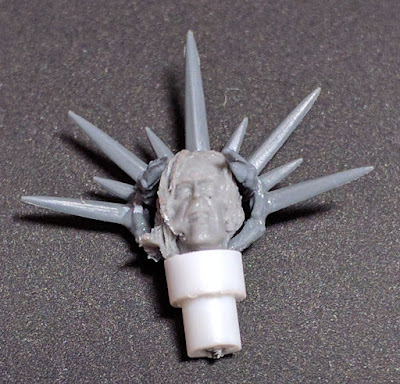 The Baltea (leather dangling bits) was kit-bashed from a few Blood Angels icons, for example the Baal Predator accessory 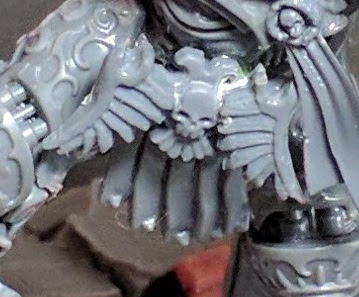 The Shoulder Pauldron was a different beast, altogether. The Guilliman model has a very stylised pauldron bearing his name, so that just wouldn't do. I found a large shoulder pauldron  from the Lord of Change kit, shaved it down flat and added the Baal Predator scroll work. 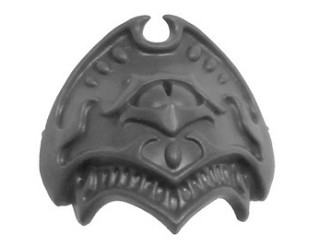 Now for the winged detail, I got the entire Fulgrim shoulder piece from a bits re-seller and cut the winged detail , attaching it to a Grey Knight Shoulder guard and finally attached it to the rest of the Pauldron. 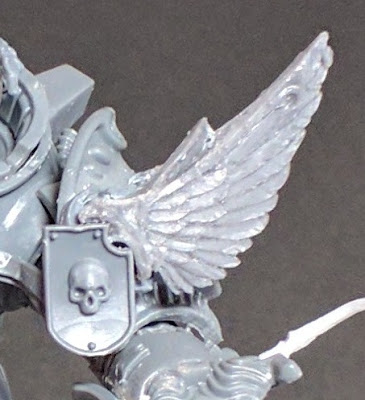 For the base, I started building one with spare bitz and cork. Unfortunately I felt that it would serve better as a base for a Dreadnought. 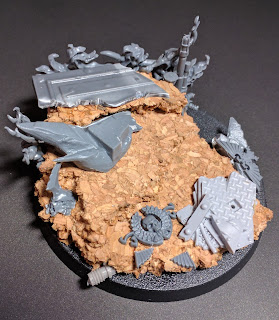 Enter the dodgy Curze base. It would do just fine. I just had to flatten out the top section with a few well placed cuts. 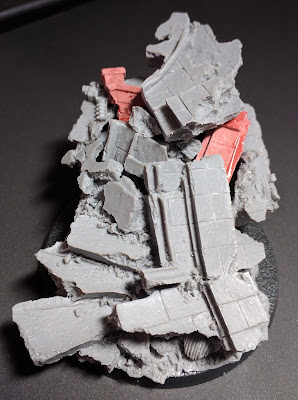 I used a few Juweela Scenics 1:35 Red Bricks to fill some gaps. 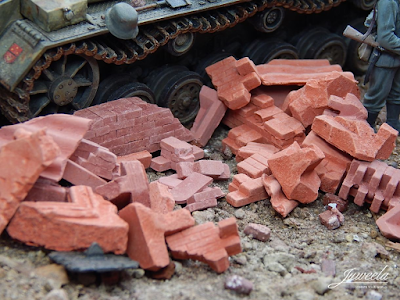 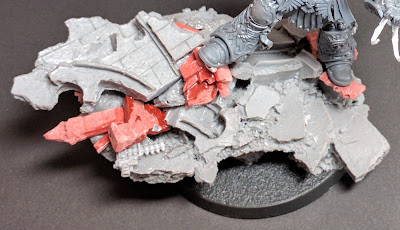 And here is how the Emperor turned out. 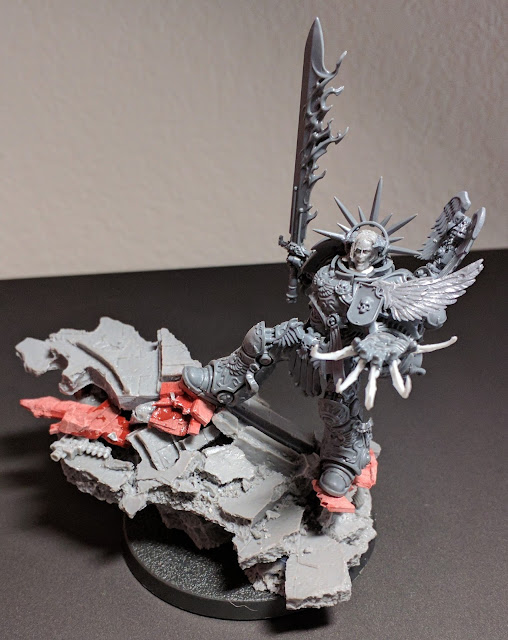