By SprueWhisperer - June 25, 2016
So I was trawling on Pintrest, as one does, when I saw a picture that caught my eye. A scratch-built version of Angron by Biohazard. 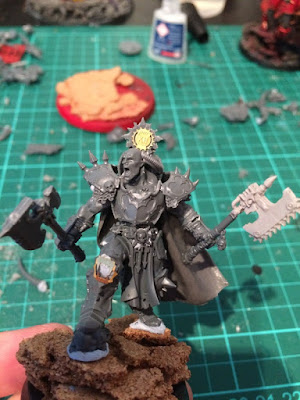 Looking at it I realized I could probably make a version of my own. I had most of the parts, laying about. So after looking at the Slaughter Priest head, body, Blood Secrator tabard, some Blood Reaver and Wrath Monger parts, chest armor and I started building a new version. 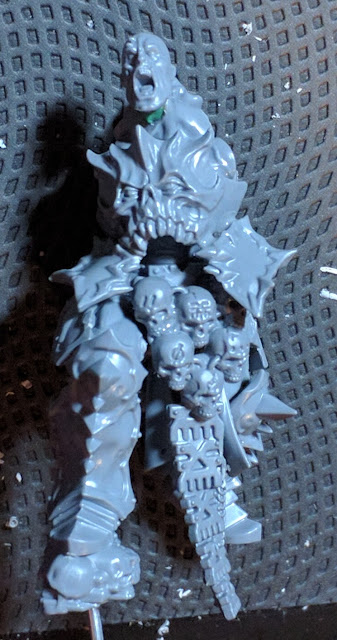 Adding the Blood Reaver, Blood Warrior axe arms and building out the Shoulder Pauldrons with a decent amount of Green Stuff. 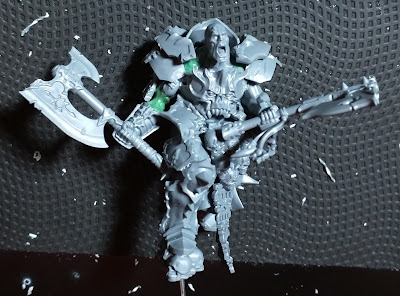 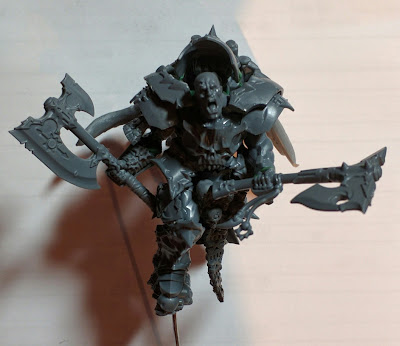 Now I just have to add the Butcher's Nails and the Chain Axes.