General Ramblings #20 - What to Play?

By SprueWhisperer - March 20, 2016
So it's a slow afternoon, and you have a few games sitting around. You're a little burnt out by the speed of what 40k is expanding at, so you look for a little more control over the situation. 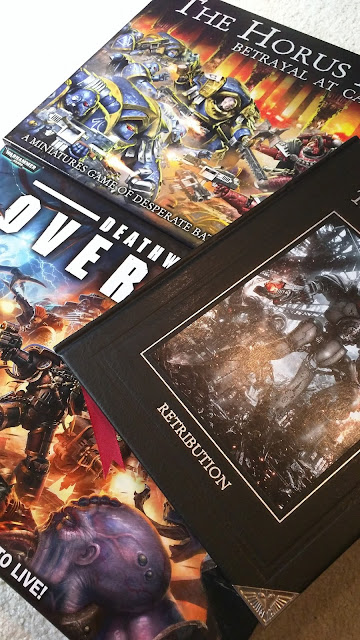 Well, on this particular, I reached for the self-contained world of the board game, namely Betrayal at Calth. Now a lot of critics say that this game is just a "kitty grab" for plastic Heresy miniatures, I would say otherwise. There is actually a pretty good game in this box! 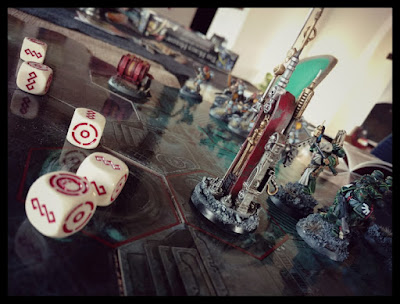 Betrayal at Calth (B@C) is James M Hewitt's first outing at Games Workshop.  After moving over from Mantic and working with  Jake Thornton on Deadzone, Mr. Hewitt's first game has distinctive hallmarks of his style. But with Games Workshop behind him, there has been a lot more polish. Unfortunately, in the rush to get this strong game into printing, the rules book fluffed a few points, which has been later picked up by their latest B@C FAQ.

All in all, B@C is a fun romp, when you play through the campaign, it has an element of re-playability, i.e. swap sides loyalist/heretics, but it is realistically a little limited. Games Workshop has rumored and expansion around Aug/Sept 2016, probably coinciding with the release of the next Horus Heresy tome Book Seven (Retaliation?). Given B@C coincided with the release of the Book Five - Tempest, which detailed the Word Bearers attacks on Ultramar and the Ultramarines, it is possible to surmise that the next expansion might link in with Prospero, the Thousand Sons and the Vlka Fenryka.

Of note, Mr. Hewitt has shifted over to the new Specialist Games, division. If you ever saw any interviews or gameplay videos he did with Mantic and BeastsofWar, you'll note his passion and dream of recreating the older titles that had so much character, Necromunda, Bloodbowl and Space Hullk. If this translates with the polish and assistance of Games Workshop and steered by Forgeworld, then we are in for a bright future.