I picked up a group of alternate resin cast sniper scouts from Anvil Industries. Originally I was intending to use them as Space Wolves Scout Snipers, but I am thinking I should make them Blood Angel Scout snipers.

Well mainly because I don't get a wolfie feeling from them. No don't get me wrong, these are awesome miniatures, but they just don't have enough mongrel in them, which makes them perfect for the Blood Angels, and a pre-requisite for scout tax, if I ever think about taking a Sanguinary priest and make a Wolf-star.

Here are a few pictures of these miniatures. 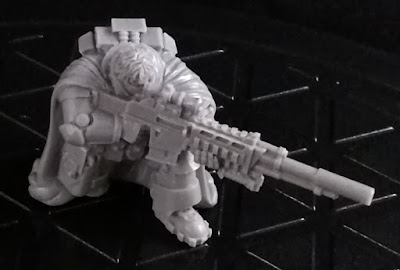 This miniature actually comes with two poseable heads, one with a hood and this hare one. I chose the bare head, as it just seemed a little tougher. 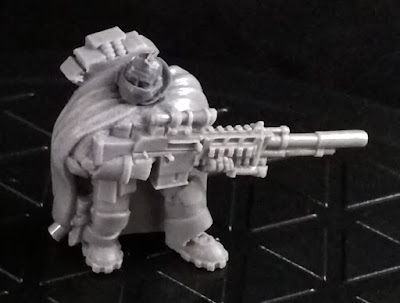 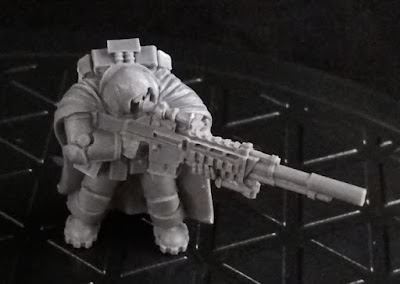 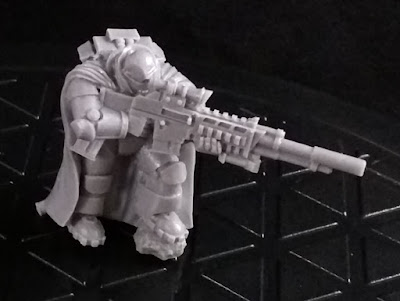 And a spotter sergeant. This miniature is my favorite of the bunch. I might have to get my hands on another, if I can find one.﻿ 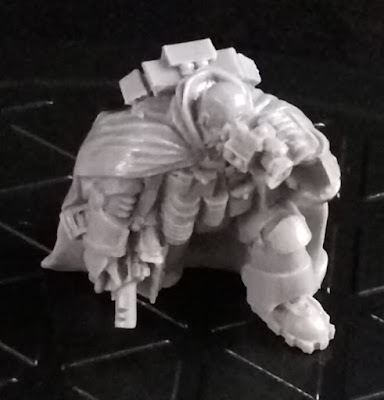 And this is the team. I am already imagining them camped out, causing issues sniping from cover.﻿ 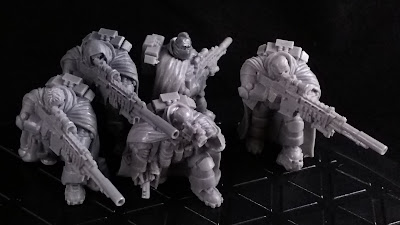 More to come on this one.﻿