By SprueWhisperer - October 11, 2015
﻿
Progress on Logan Grimnar and my first real outing with fully sculpting green stuff.
The original reins on the mount sat a little low, so I had to alter them, with green stuff, to reticulate back to Grimnar's left hand. Unfortunately the storm bolter drum was in the way of bringing the reins in the bottom of the hand, so I had to bring it from the top.
﻿ 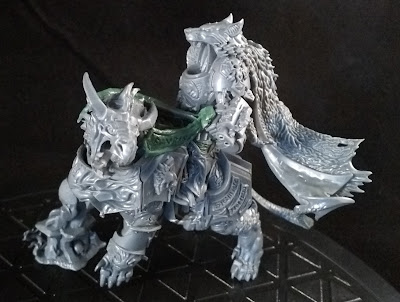 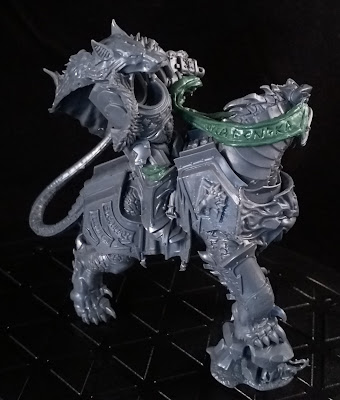 "Vlka Fenryka". Whilst I was waiting for the green stuff to dry I thought I would try to carve some letters into the reins. 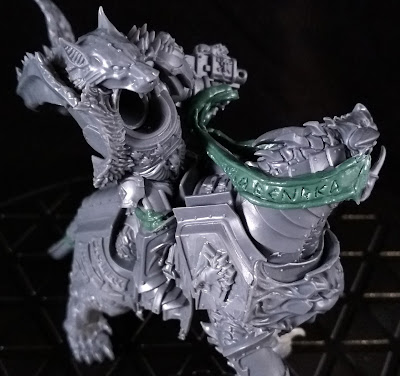 Notice the flow of Grimnar's cloak and how it originally clashed with the flow of the tail of the "Stormrider" beast, so I altered the angle, lowering it to around the beast's ankles. 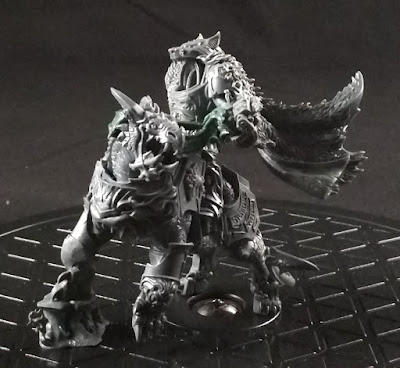 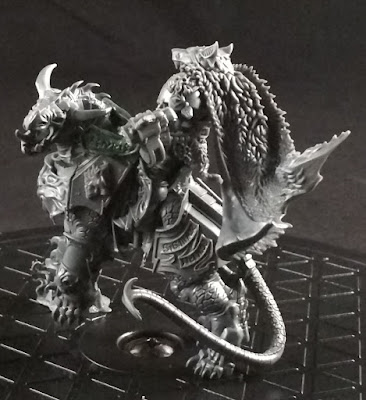 One issue that is becoming apparent, is the original head for Logan probably will not sit at the correct angle. In fact, I will likely have to swap it out and/or rebuild it with the hair flowing in the other direction, so I can point his face in the same direction as his mount. 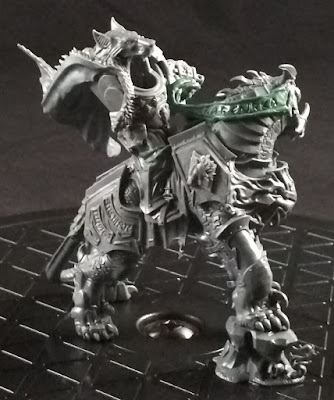