By SprueWhisperer - September 26, 2015
Logan Grimnar on Storm Rider .. or Santa and his sleigh .. 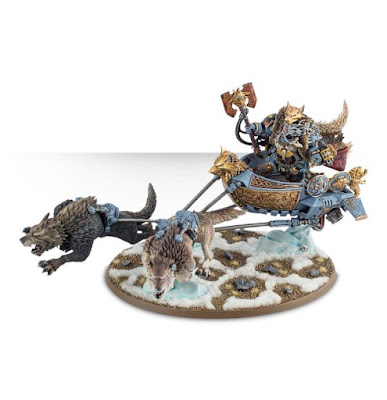 If there is any single model that will split the audience on likeability, Santa and his sleigh would rate high on most people's lists.
Grimnar, current 6.5 ed. stats aside, is now a Lord of War, and probably rarely makes it to most people's tables, aside from a fluffy narrative.
But when he does land on the table, your opponent will either die from fits of laughter at the stupidity of the model or go, "wow! cool model."
Personally, I have a fondness for the silliness of the model. It's like a pug dog. Ugly as sin but so lovable. The very definition of cute. But for the practicalities of the table top, I'd like Logan to be a bit more hard core. Riding the rarest of bad ass Fenrisian beasts, a Storm rider, flanked by his very protective Thunderwolf buddies. So in essence, it plays the same as the current model. But looks a lot more bad ass!
So, what should the 'Stormrider' look like?
Storms conjure a feeling of lightning and thunder .. so musing on that, my thoughts are that we should have a mount of some type. But what type ? A cold one? A lizard ... Hey, how about converting the mounted Lord Celestant from the Rage of Sigmar starter set ? The draconic lizard mount .. That would be perfect! It's dynamic and I can green-stuff over the iconography. Sounds like a plan, hey ? 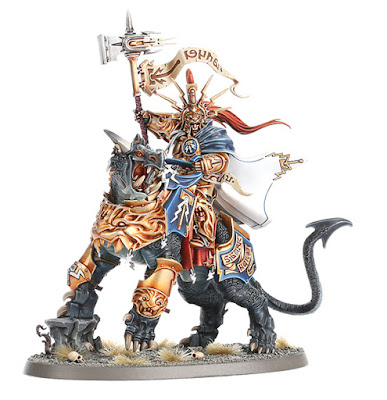 Well funnily enough, we have most of the parts around readily available. I have Logan in plastic .. and this fellow. 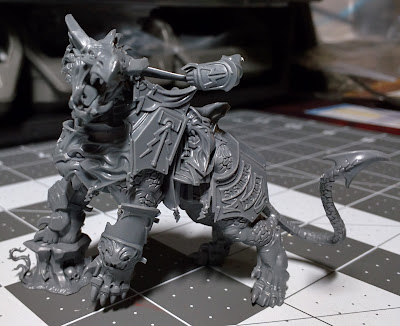 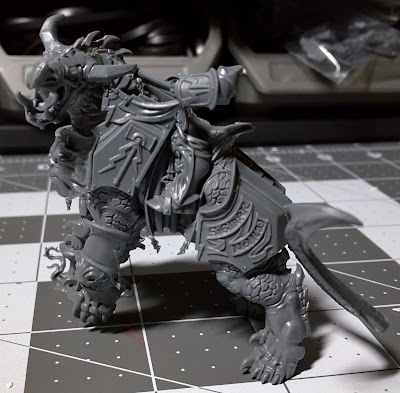 Let see how this works out. Won't be easy matching the arms to the torso, and the legs too.
We have the technology.
More to come..﻿
40k age of sigmar conversion kit-bash kitbash Logan Logan Grimnar Scratch build space marine Space Wolf Space Wolves tutorial warhammer wh40k