By SprueWhisperer - September 09, 2015
Further work on the Assault Cannon begins.
After attaching the barrels together and leaving them to dry, I spent a few days trying, somewhat fruitlessly, trying to find a way to wrap a band around the newly assembled barrels.
In the end, I settled on an off-cut of very flexible plasticard, left over from some packaging that was laying about. Once the ﻿banding was glued in place, I attached the barrels into the housing. 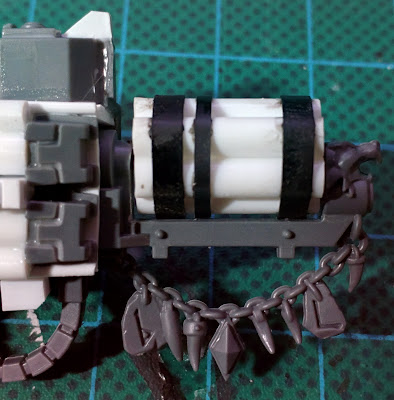 A reverse angle. You will notice that the barrels need to be trimmed square, I will sort that out soon.﻿ 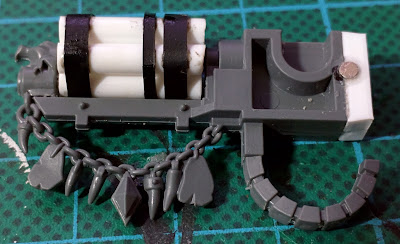 Looking from the front, the banding looked as though they were a little bare. ﻿ 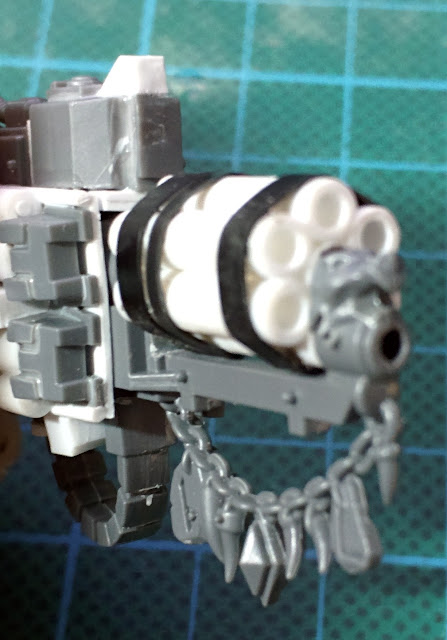 So I added some rivets to "bulk" up the look of it. 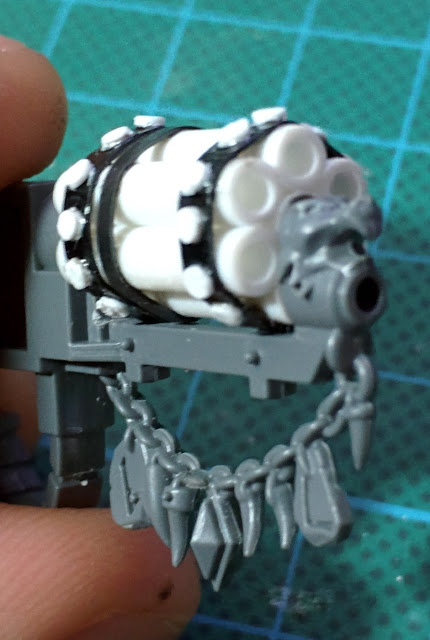 A better image of the Assault Cannon barrels. 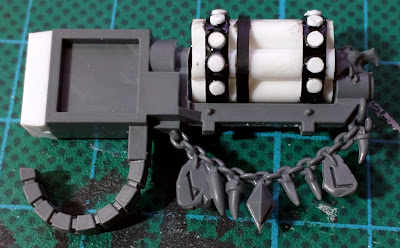 And now attached to whole set-up.
﻿

﻿
I have had some comments on the size of the arm weapon, mainly it being way too long. Interestingly, I saw a sneak peek of the new Tau Suit/Knight/Titan, that is rumored to be released later this year. First thing I noticed was the size of the weapon arm. All in all, it appears that it is big enough to rival what I have been constructing. The main difference being that the Tau weapon is under-slung, as opposed to side-mounted. Better balanced, but that is more in line with Tau and the boxy bolted on aesthetic that the imperials have. 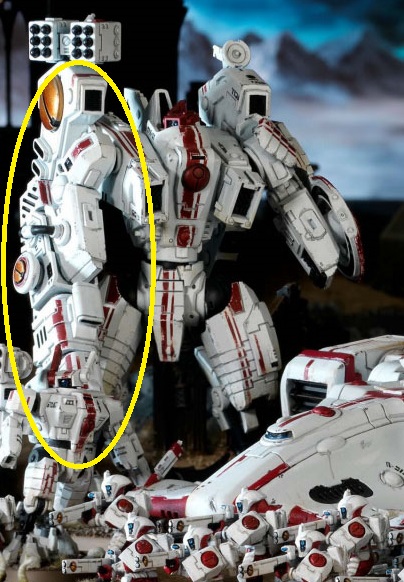