By SprueWhisperer - September 11, 2015
So it has been a while on this one, mainly because I was waiting on a delivery from Maxmini. Maxmini is a european based resin parts caster. The produce very high quality bits, and I highly recommend them to any people with ambitions to personalize and convert miniatures.

Anyways back to the real article, my Sanguinary Chaplain progress, or more importantly the jump pack construction. I opted for a jump pack so he can roll with either a Sanguinary Guard Squad or Death Company. The one problem with this was actually due to the halo on his head. The Sanguinary guard jump packs are very distinctive with their singular intake, centerline mounted. Which would place it smack bang in front of the halo. Obscuring detail and not really being practical in the fluffy world of plastic toy soldiers.

Next I tried a Death Company jump pack, but again the intakes were a little too close to the iron halo. In the end I trawled the third-party resin casters and came across the Maxmini Silver Wing jump pack.

After a couple of days, waiting for the delivery, I got back to work attaching the jump pack to the miniature. Below is the mock-up of the miniature. I worked out where I wanted it to sit before I started pinning the pack into place. The wider set intakes and more vertical orientation made them a perfect fit. The wing detail also was a great addition, as it really fit the theme of the overall army. 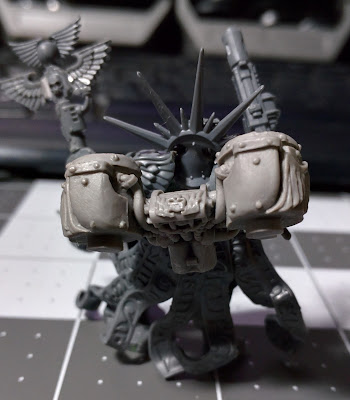 From in front, you will notice that it the proportions are much more suited to the ornate nature of this miniature.﻿ 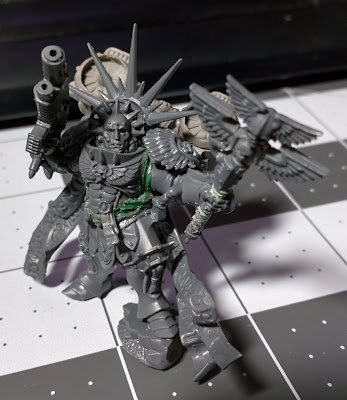 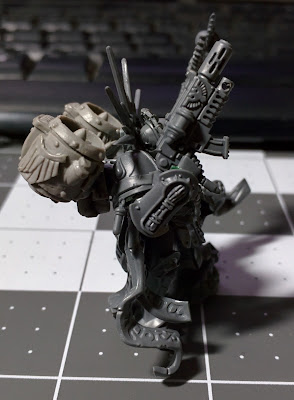 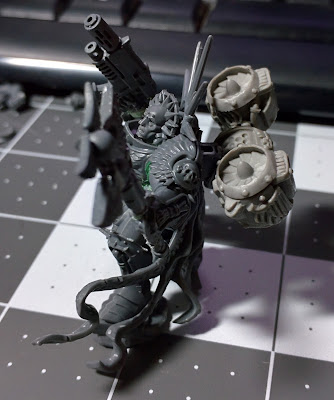 And this is how the jump pack looks with the exhaust vents attached.
﻿ 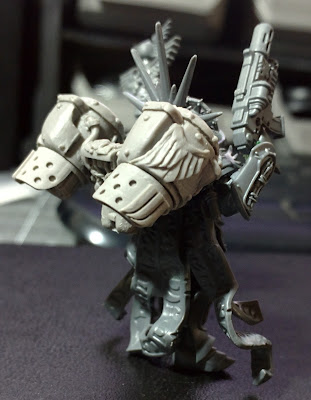