By SprueWhisperer - September 23, 2015
Being a closet Kickstarter trawler, I acquired a few Basius2 negatives, more importantly I got my hands on the number 08 - Warpath plate.

Essentially is a resin negative. 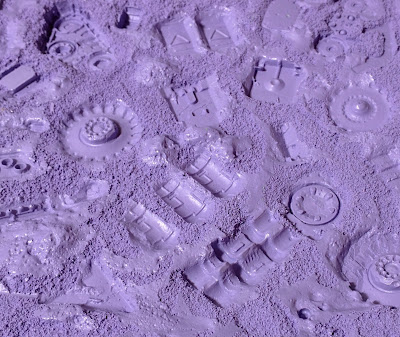 Now what you do with it is as follows:
So here is what the relief would look like, courtesy of the Wargames Bakery site.
﻿ 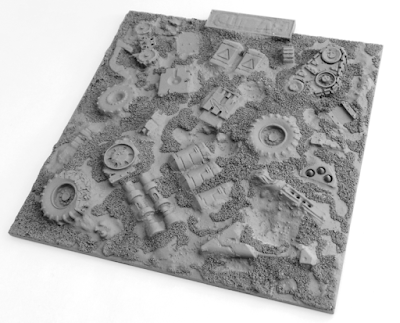 I choose a section that I thought would be most interesting.
﻿ 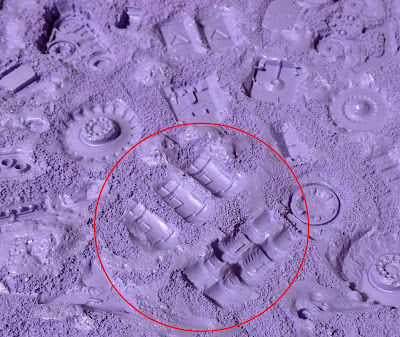 Now there is a few things to note about making negative impression relief molds, or less convoluted, press-fit bases.
﻿
So it goes to say, you might want to cut your green stuff with at least a 50/50 blend of magic-sculpt and green stuff. Magic-sculpt is a very much cheaper alternative to green stuff.

Here is the result. 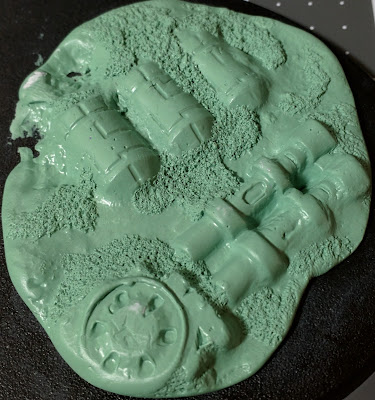 Given the base was very much larger than the piece of green stuff I had rolled, I started adding my usual basing extras to cover the empty portions of the base. 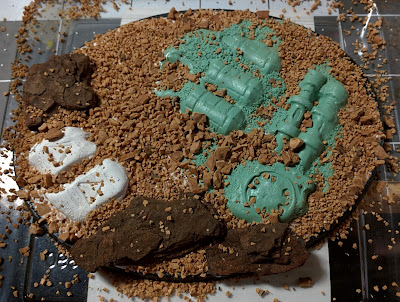 You will notice the white parts are Magic-sculpt.﻿ 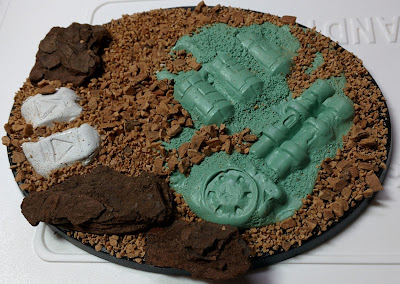