Often referred to as "the shaggy dude on the space squirrel", I was never enamored with the design of his wolf. It was too static and "bulky" (been fed way too much kibble). 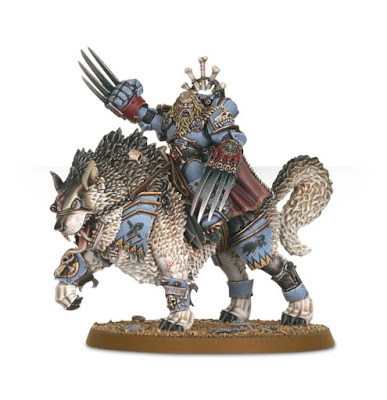 So that being said, I decided to rebuild him, via a kit-bash.

I altered a wolf from "the Flying Santa Chariot" (Grimnar on Storm rider) and kit-bashed a new Canis, based on a Thunder Cav body and long fang head. 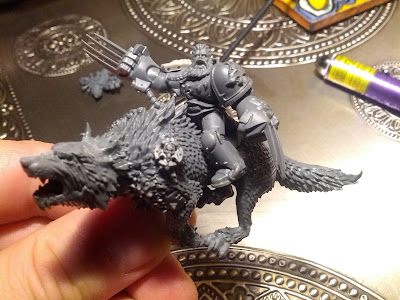 I then worked in some green stuff to give him flowing locks.﻿

The pose was essentially identical. The addition of a shaved down a pair of wolf-guard terminator wolf claws and a Kromlech shoulder pad.

I then made a green-stuff press mold cloak, based on the wolf pelt loin cloth from the Space Wolf Dreadnought kit.

Initially I was going to utilize Krom Dragongaze backpack, but I later substituted the back pack from the Spacewolf Upgrade kit.

Some clean up work left, but basically how he is now posed. 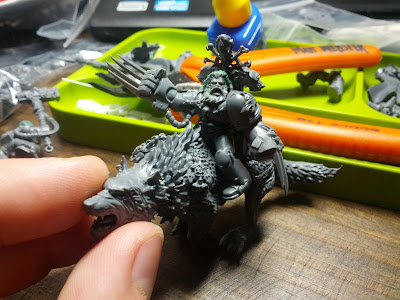